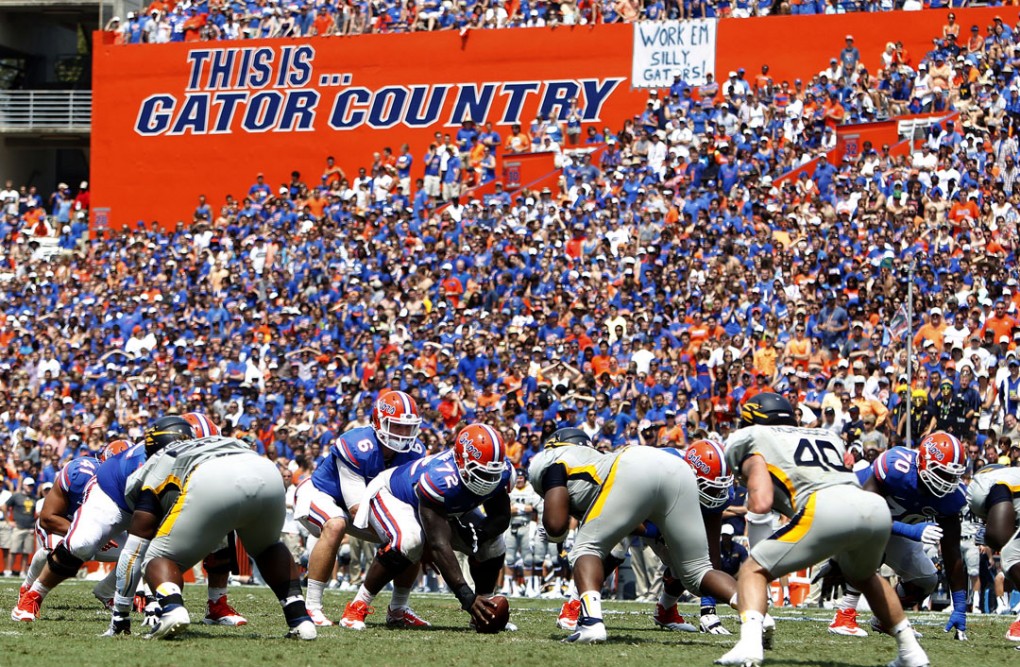 First of all, I’ve decided to no longer recognize the bison as a member of the animal kingdom. As far as I’m concerned, bison never got on the Ark and no longer exist. (Kidding of course. Congrats to North Dakota State for beating K-State on Saturday the same way K-State beat everybody last season.)

That being said… Welcome back, football.

I ended up shooting three games this weekend, two high school and one college. All three felt like the inside of a sauna. It doesn’t feel like football weather down here until the end of football season. Oh well.

Game one featured The Florida School for the Deaf and Blind taking on Oak Hall. Oak Hall got smoked. It was never much of a game. 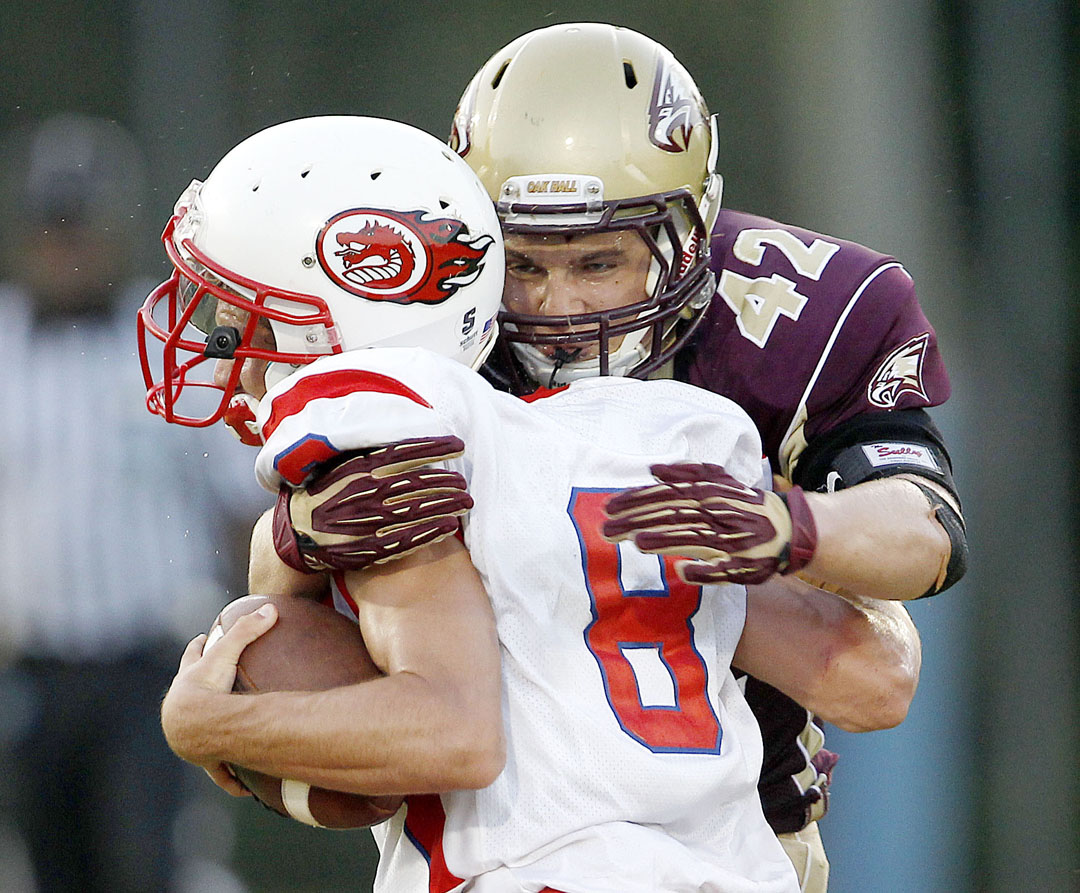 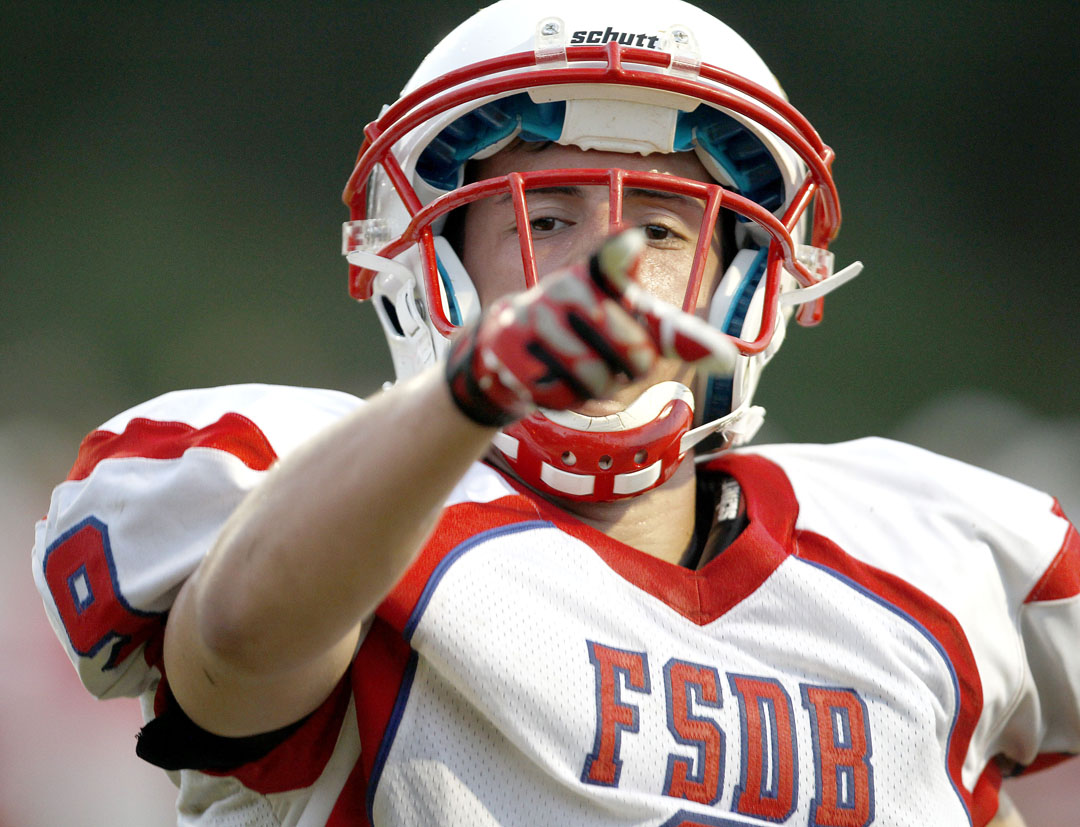 The second game took place about 45 minutes north of Gainesville in Lake City. It featured two teams ranked in the top 10 of the state. I was excited to finally see a good atmosphere for high school football. (Sorry Oak Hall, I at least need a band) Well, I only got about 10 minutes of it because the game was delayed two hours for of lighting. And that pushed me well past my deadline. 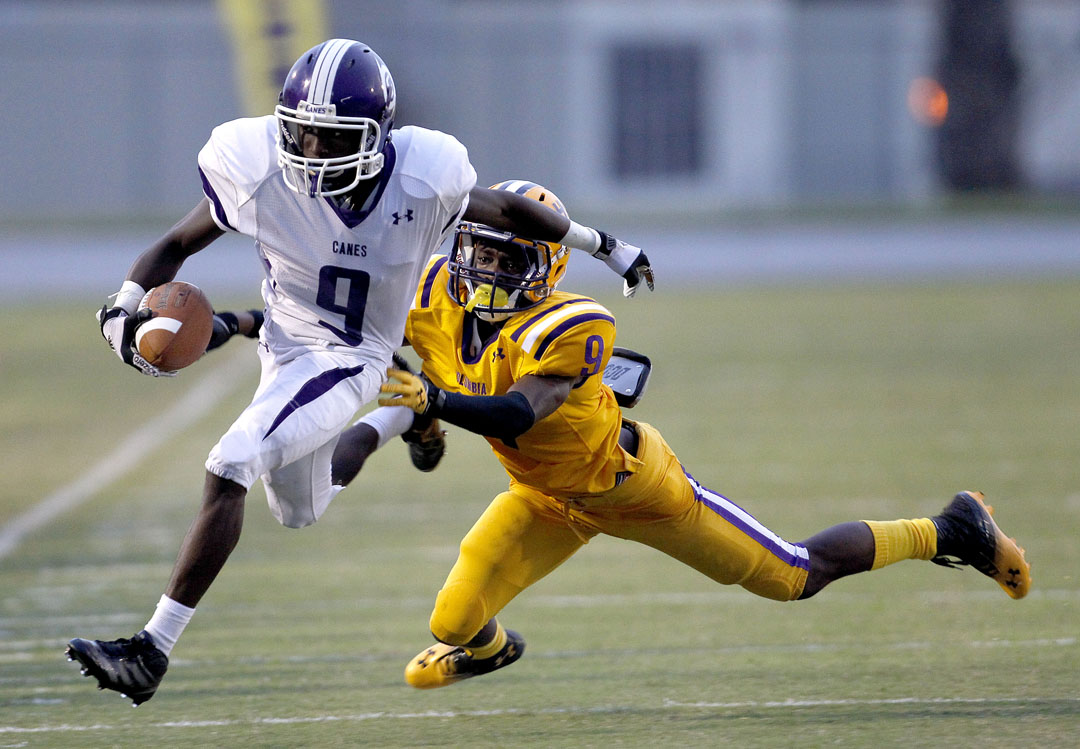 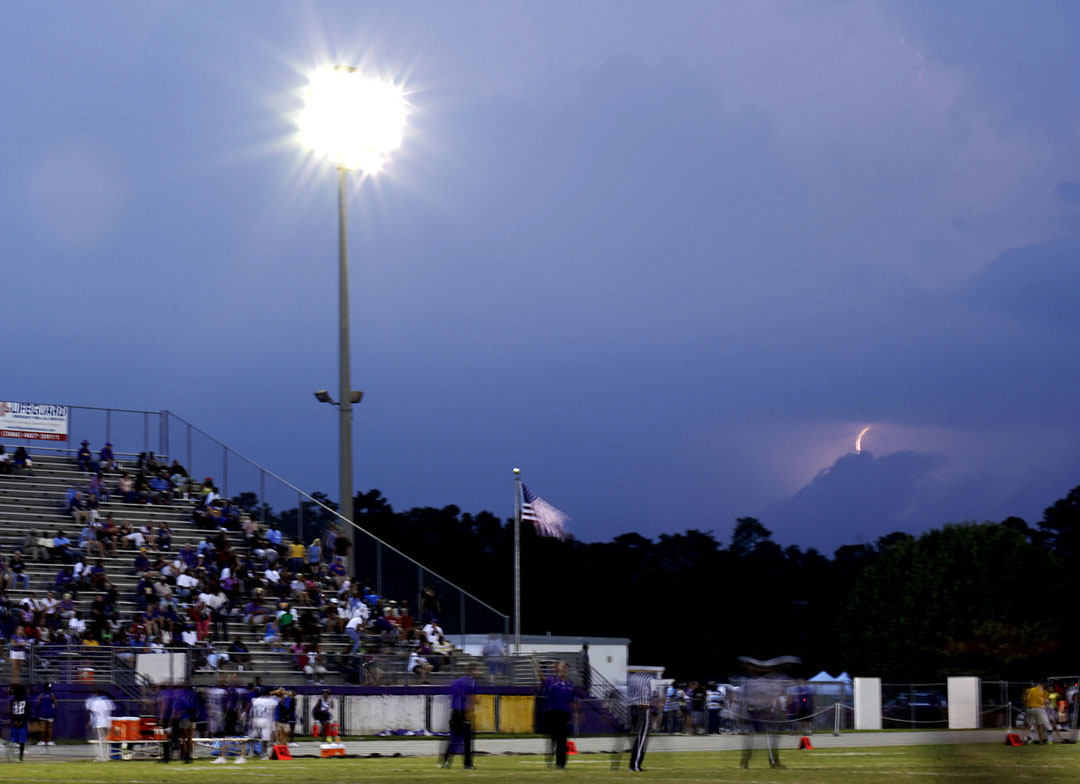 Saturday kicked off the college season. For some reason, the folks with the SEC thought it would be awesome to schedule a game at Florida, in August at noon. My guess is whoever made that decision has never been down here in August, at noon. One of these days I’m going to keep track of how much water/Gatorade I drink during a game. I’m sure it could be measured in the gallons. Anyway, here’s some shots from the Swamp during Florida’s opening game against Toledo.

Fans were able to get free towels and dip them into ice water. Florida did a good job of warning the fans and giving them access to AC, water and ways to cool down. Unless you’re a working photographer, then you’re stuck in an old meat locker that’s turned into a storage room for boxes and high-jump mats trying to work with no AC or water. (they did finally bring water for us in the 1st quarter.) I know there are worse working conditions out there (oil filed, Bearing Sea…etc) But I’ve never seen such an awful set up. I could go on and on, but it won’t do any good. I just look forward to road game where I can work from a normal room that at leasts gives each person internet and doesn’t force us to share one ethernet cord among five photographers. 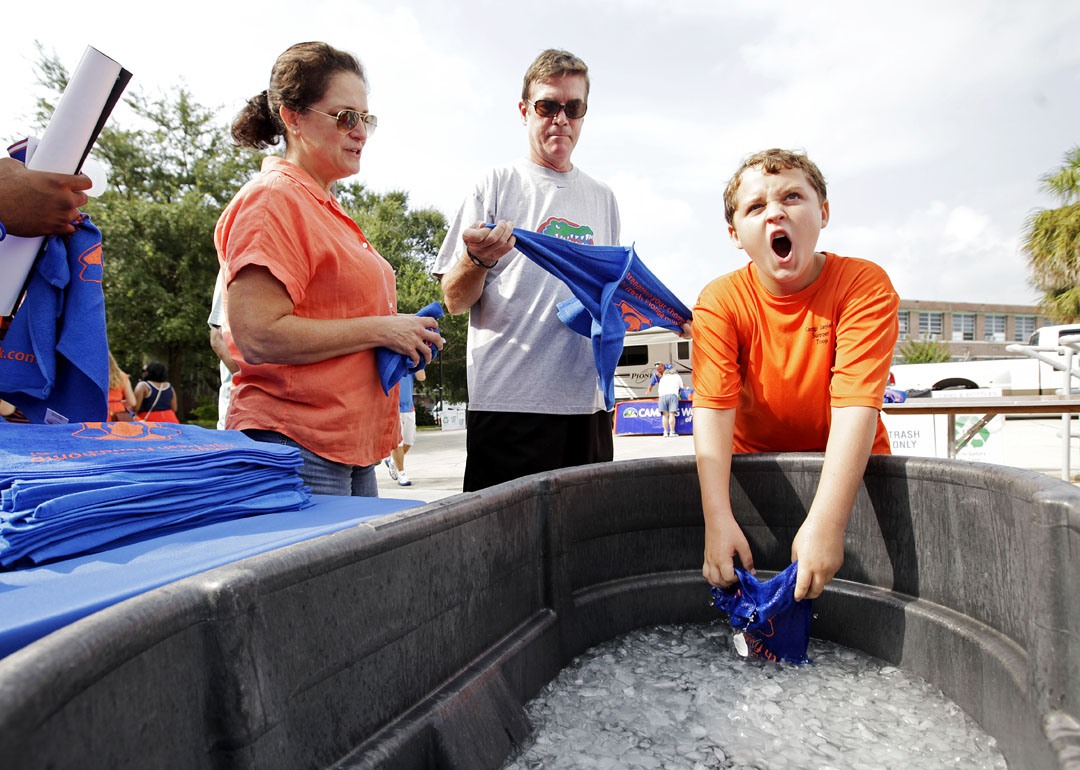 As for the game, nothing too exciting. The best play of the game got called back because of holding. But my favorite moment happened when a freshman DB made an interception. After getting tackled, he ran past all his teammates trying to celebrate. Ran right past the Defensive Coordinator and hugged the DBacks coach. Pretty neat to see. (Third photo below)

Florida also started a new gimmick where they invite a former player back to be “Mr. Two Bits” For years, UF had a guy go onto the field and lead the crowd in a chant. He passed away a couple years ago so now they’re brining back Gator Greats to lead the chant. (Below is a photo of Errict Rhett after the chant but before leading the team onto the field) The ongoing joke is that Tim Tebow should be the next guy to come back… he doesn’t have much else going on right now.

So bring on the rest of the season… starting next week in Miami. And hopefully next week I won’t have to write off Ragin Cajuns from existence. I like those guys. 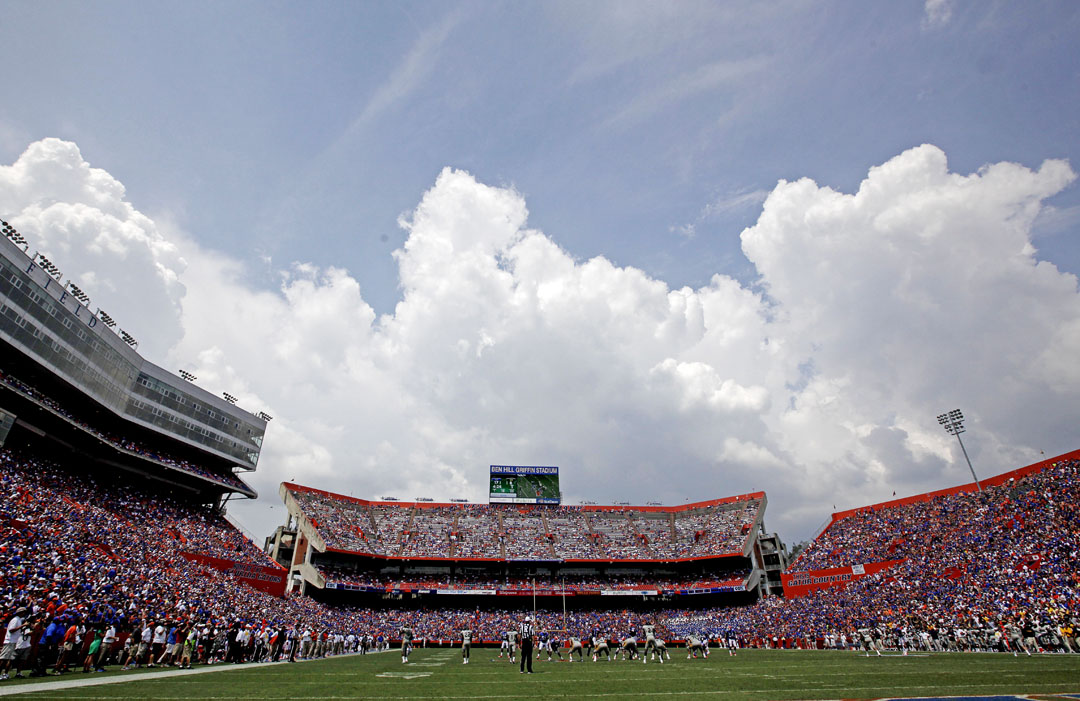 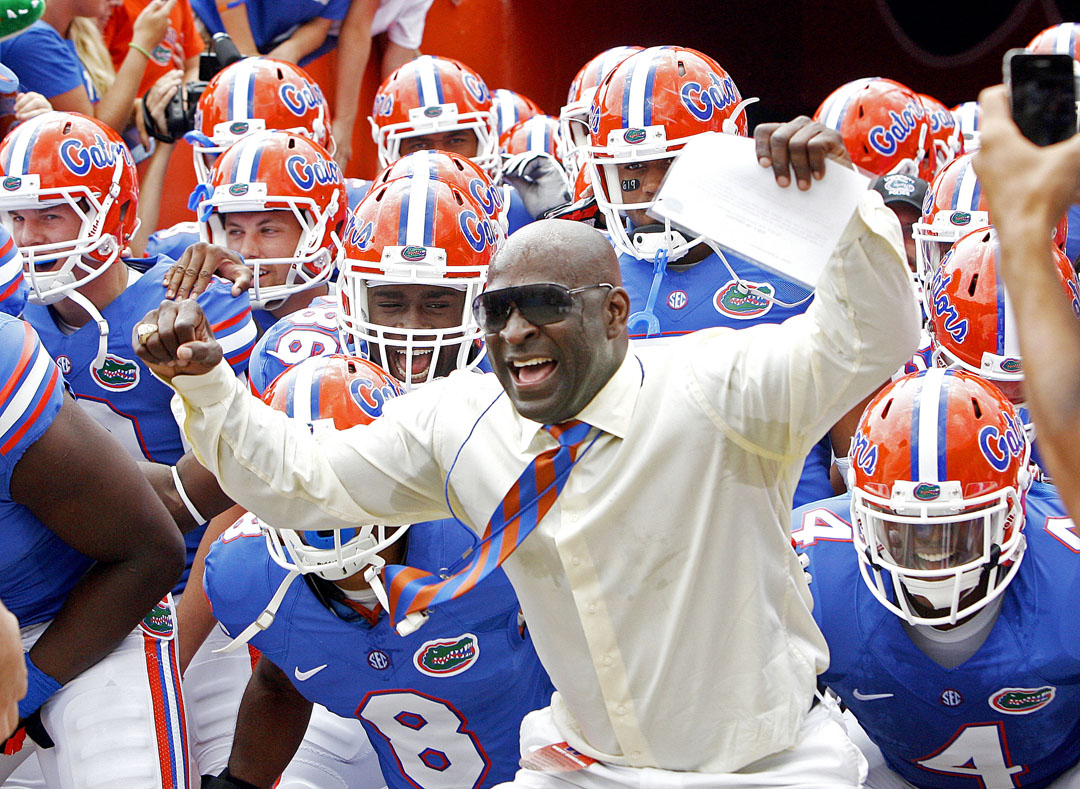 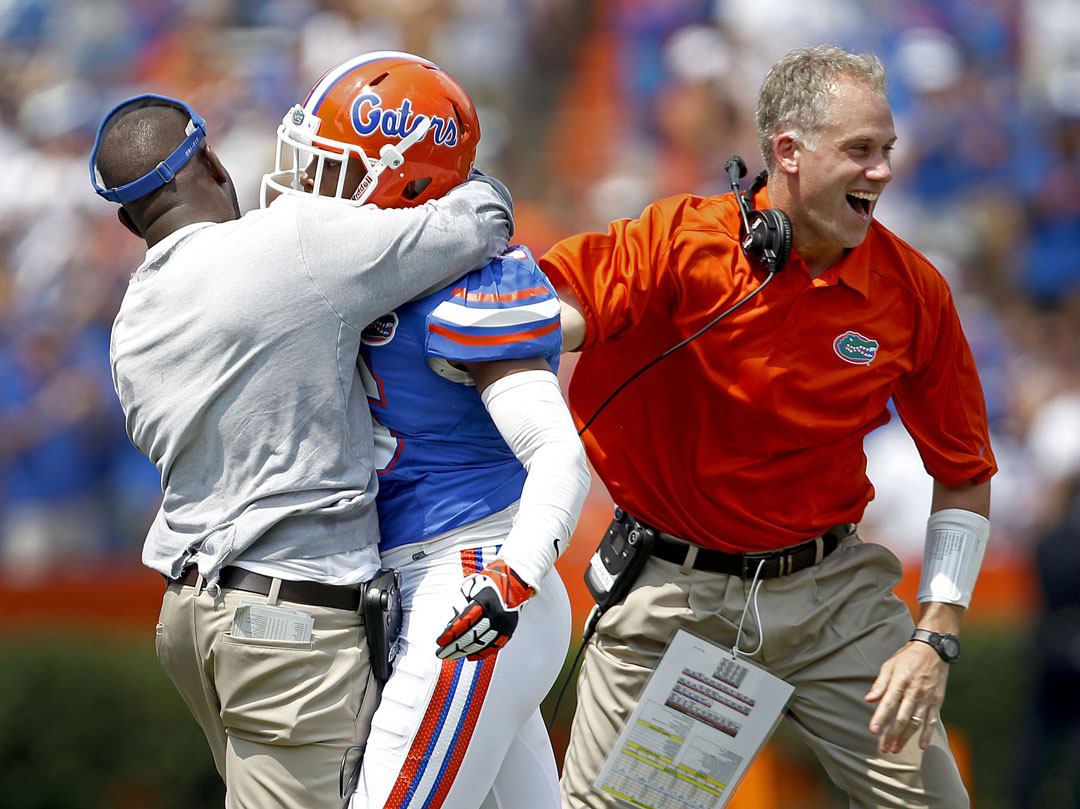 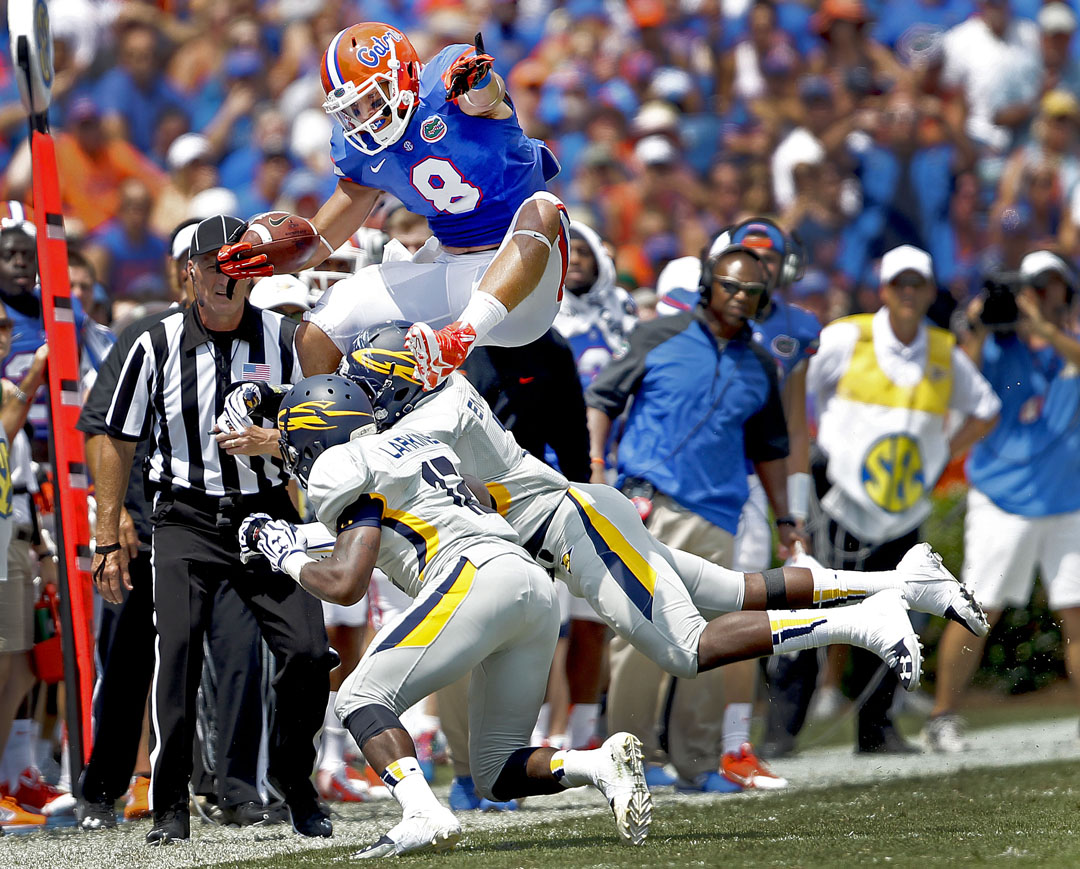 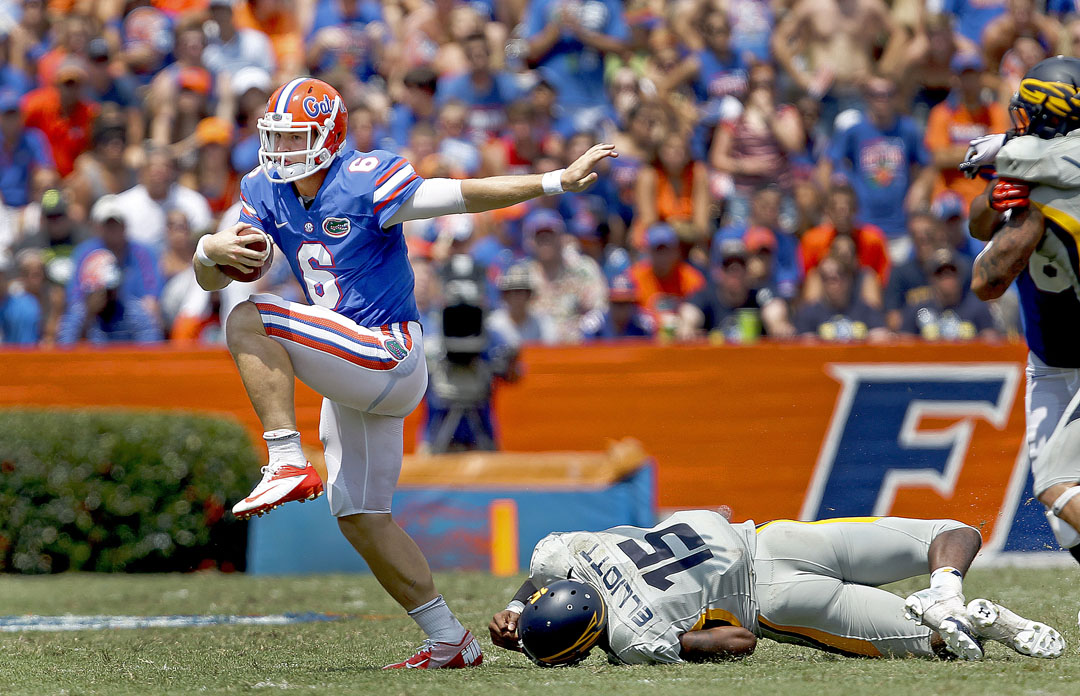